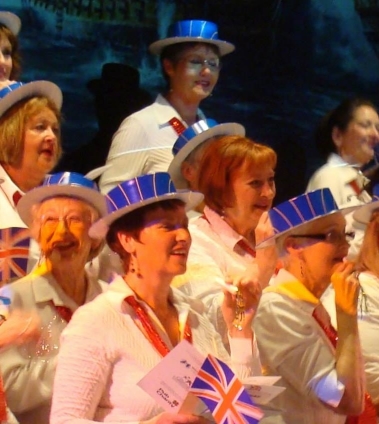 impressed audiences at Nelson’s Theatre Royal, during two “Last Night of the Proms” concerts hosted by Nelson City Brass over the weekend. Always ready to get into the spirit of the event, chorus members waved flags and tooted along with the band and the enthusiastic audience during the rousing singalong.

In the first half of the show the chorus “looked and sounded stunning” according to band director Mick Dowrick, as they performed a set of songs that proved popular with the audience. “Can You Feel the Love” from the Lion King and Billy Joel’s ‘For the Longest Time”, followed by two ABBA songs; “Mamma Mia and “Dancing Queen”. 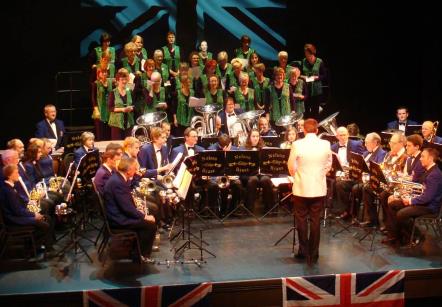 However the highlight, performed by Nelson Bays Harmony during the celtic-themed second half of the show, was a moving rendition of Loch Lomond. The song began with a powerful unaccompanied solo by 19 year old chorus member Tessa Thompson, grew to foot stamping climax, and then gently left the audience “on the bonnie bonnie banks of Loch Lomond”.