A Night of Excellent Entertainment!

An enthusiastic crowd of around 280 people were treated to a wonderful night’s entertainment at Nelson’s Theatre Royal on Saturday, 6 Nov, 2010. We would like to thank all those involved in this event; performers, theatre staff, our sponsors and a fantastic and supportive audience.

Thanks to Rob Edwards of LifeformLabs for his photography and video work. 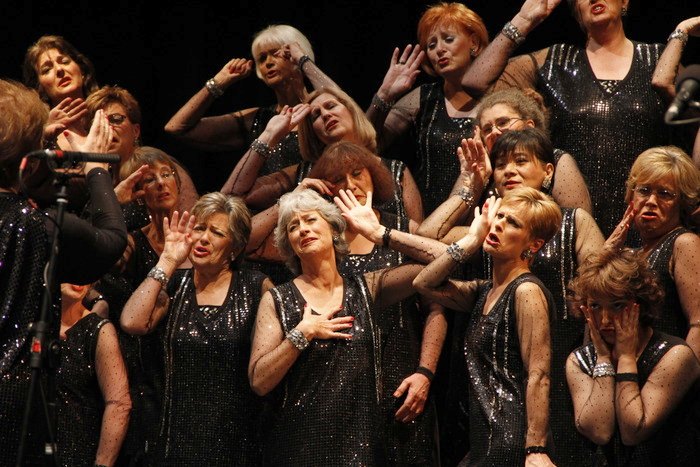 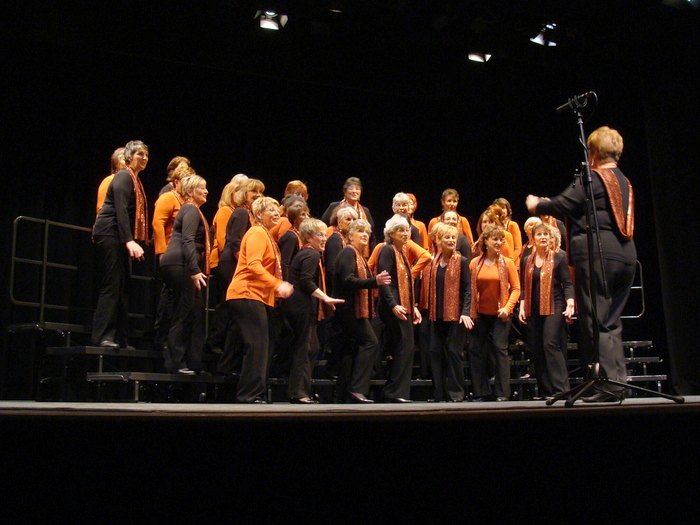 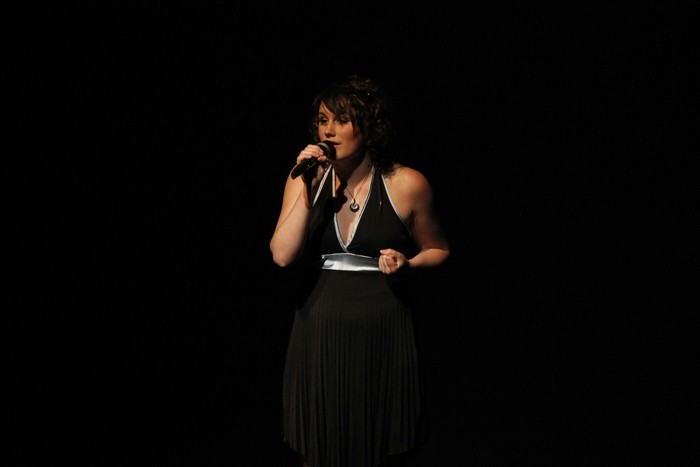 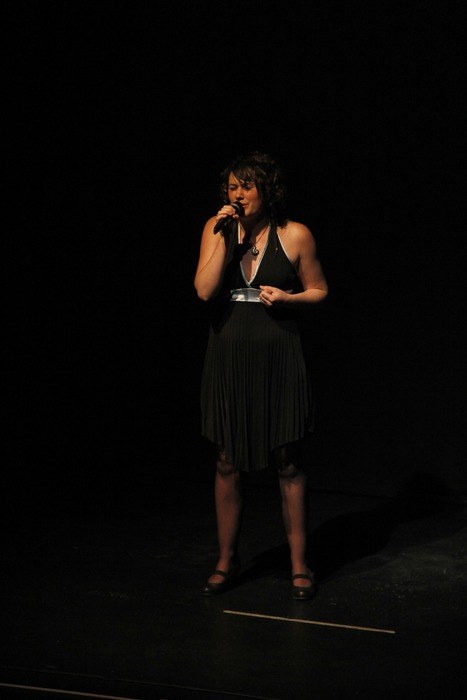 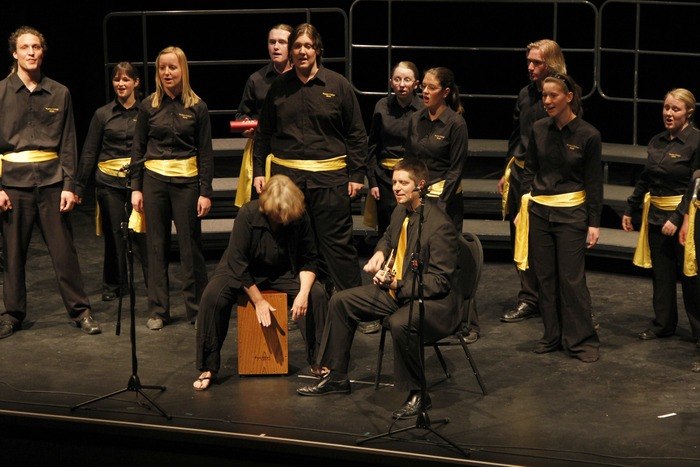 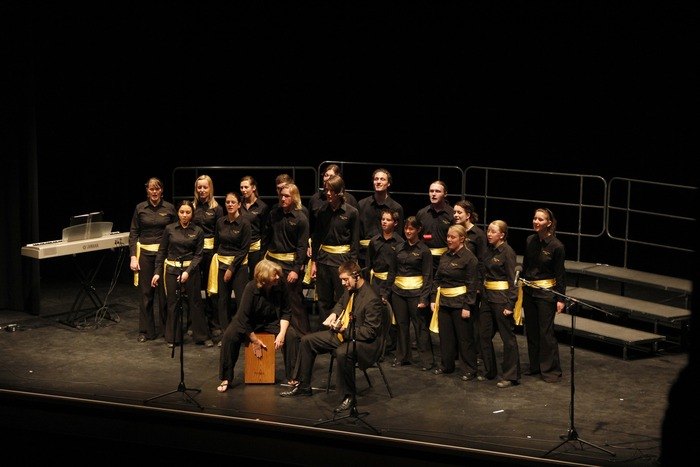 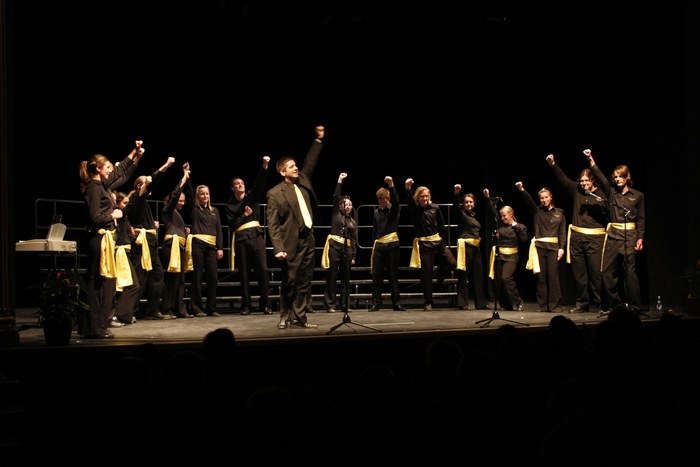 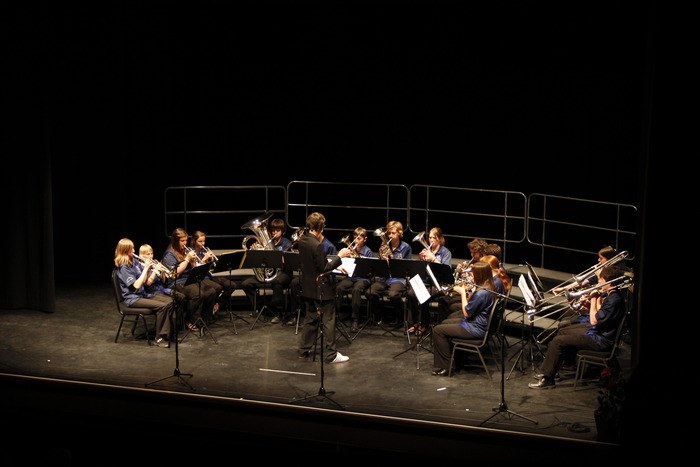 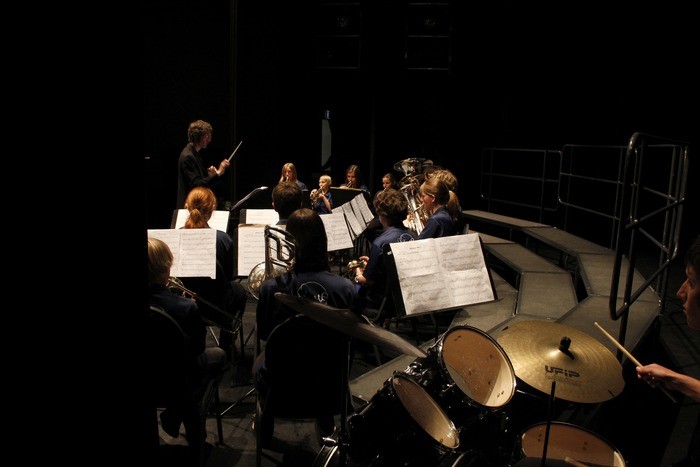 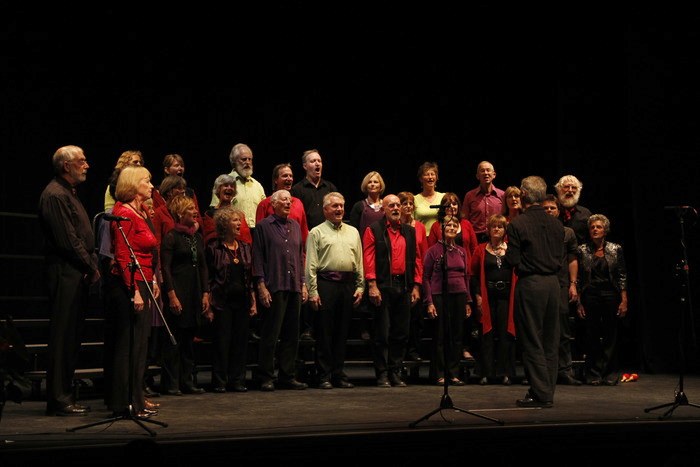 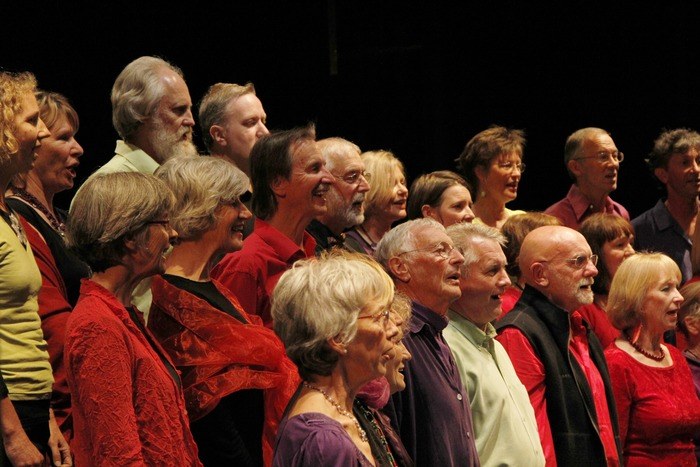 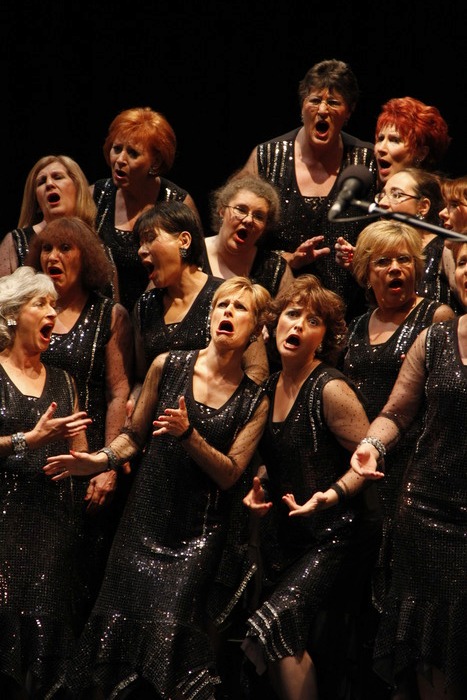 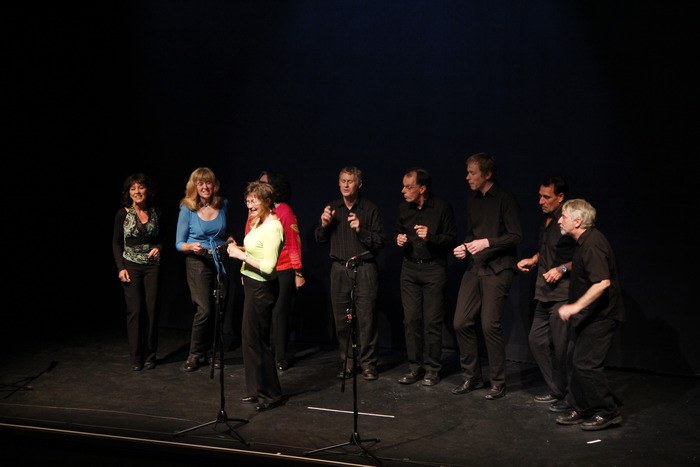 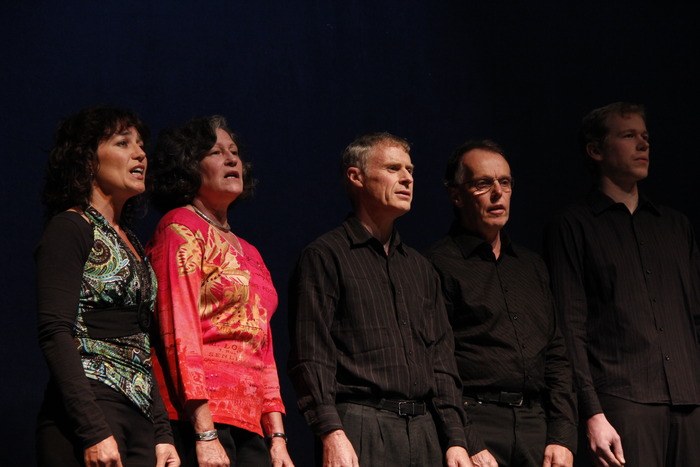 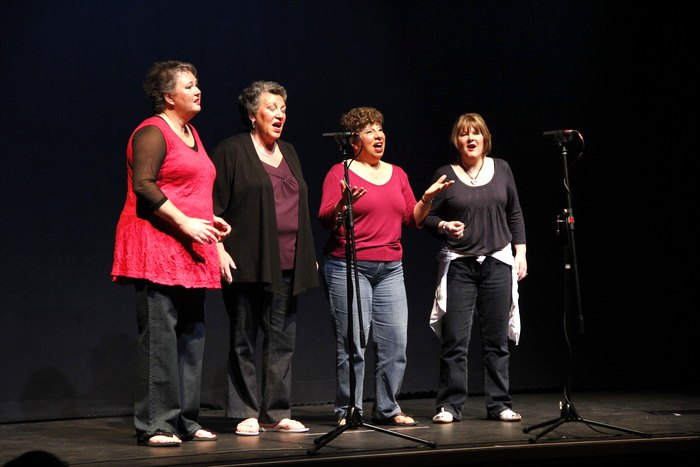 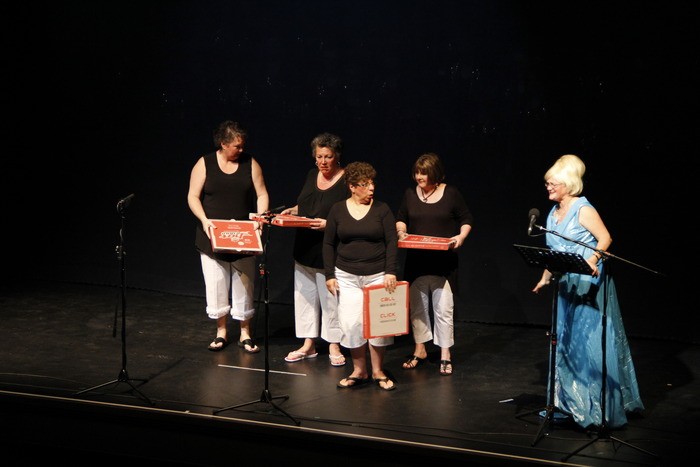 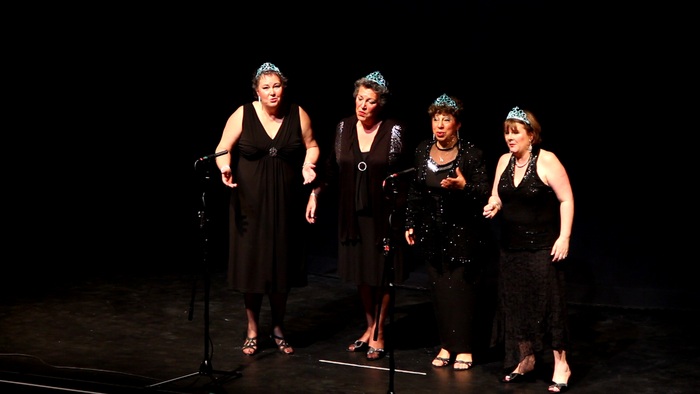 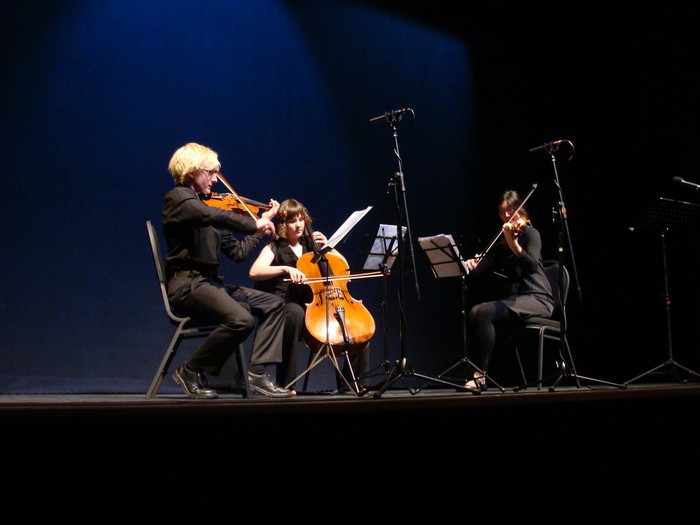 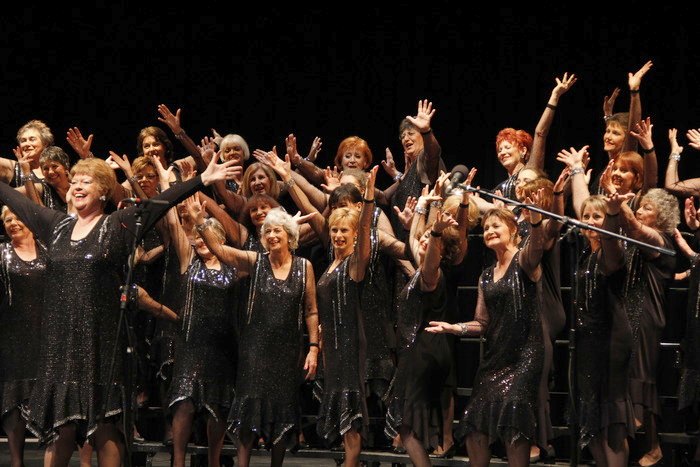 Hosted by Nelson Bays Harmony, this excellent concert showcased some of Nelson’s award-winning and acclaimed performers. Four a cappella harmony choirs, a string trio, a women’s barbershop quartet, a talented young vocal soloist and a youth brass band: what these performers have in common is the passion and dedication it takes to turn talent into excellence. 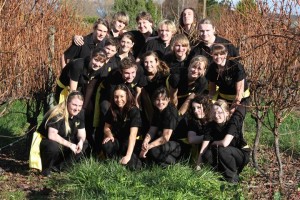 Belle a Cappella is a mixed-voice ensemble from Waimea College.

The choir received the award for Best “Other Style” at The Big Sing Regionals this year with their performance of “Alma Llanera”. Their repertoire ranges from traditional madrigals to modern art songs and choreographed performance pieces.

Conductor Chris Burcin has been associate conductor, vocal tutor and musical arranger for the NZ Secondary Students Choir and brings this expertise to Belle A Cappella. Bella performs regularly around the region, most recently for the Governor General’s visit to Nelson and in a combined concert with the Pennsylvania State University Glee Club at Nelson Cathedral.

The choir has built an international following through its YouTube channel as well as tours to Samoa, Brisbane and, in July 2010, Beijing for the “Tutti” Youth Music Festival.

Octapella was formed in 2002 by a group of people who had been inspired by Tony Backhouse’s gospel singing workshops. Over half the current line-up has been in the group since 2003.

Initially singing mostly gospel over time the group’s repertoire has come more to reflect its members’ varied musical backgrounds and preferences – from folk to jazz, world music, vocal groups and choirs of all sorts. “Mainly we just like singing, singing together, and the extra buzz of performing.”

Nelson Youth Brass is the senior ensemble of the Nelson Brass Academy. In 2006 Nick Sharpe and, Nelson City Brass created this music school to offer affordable brass lessons across the region.

There are now over 110 brass students associated with the Academy. In 2010 the Youth band attended its first ever National Brass Band Contest in Dunedin and was placed first in the Youth Grade to become the NZ Youth Brass Band Champion. Performing in Sounds Excellent we have a small group of top students from the youth band. Several of theses student have successfully auditioned to join the National Youth Brass Band.

Mosaic is a world-music choir that has been singing a cappella in Nelson for over ten years. A colourful group with a wonderful sense of community they relish sharing rhythms and harmonies from around the globe. Talented and much loved conductor Shannel Courtney arranges and writes some of their repertoire. 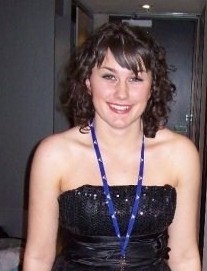 Anna Grahame has been involved in Performing Arts in Nelson for most of her 19 years. From age 7 she was involved in local musicals including principal roles in Charlotte’s Web, Suessical and Jesus Christ Superstar.

An active participant in Waimea College’s music and performing arts department, she was a member of Belle a Capella from 2006-2008, performing at 3 Big Sing Nationals. Outside of school she has received awards and placing in a number of talent competitions including recently winning, with friend Josh Stewart, a talent competition run by C4. They were flown to Auckland to sing at the Fame Premiere.

This year Anna graduates from Excel School of Performing Arts as a vocal major and intends to continue pursuing a career in music in the years to come. 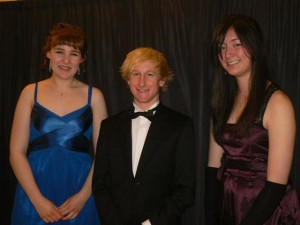 Trio Dohnanyi These talented young musicians have been playing together for 2 years.

In 2009 they entered the Nelson District Chamber Music Contest as part of a quartet. The Contest aim is to encourage young musicians to strive towards excellence. This year as Trio Dohnanyi they won the Contest. 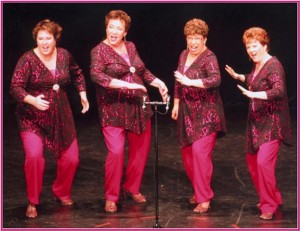 A late and excellent addition to the concert line up is Revelry, a women’s barbershop quartet. These women are great friends of Nelson Bays Harmony and they are coming all the way from Wellington to wow our Nelson audience.

Revelry Quartet has been singing (and laughing) together for about three years.

Their repertoire includes a wide range of music from popular, easy-listening songs, through to swing and rhythm and blues. To support their “a cappella habit” they are available to hire (you can contact them through this Nelson Bays Harmony website).